Skip to content
sobota, 10 kwietnia, 2021
Latest:
Podr Turystyka As we get spring here in Germany and the temperature goes up, our Amusement Parks and Theme Parks opened their doors. (Some are open for a few weeks in the winter season as well, but most not) A&T Parks in German definition means, take an entire day and have a lot of fun :-)From the

As we get spring here in Germany and the
temperature goes up, our Amusement Parks and Theme Parks
opened their doors. (Some are open for a few
weeks in the winter season as well, but most not)
A&T Parks in German definition means, take
an entire day and have a lot of fun 🙂

From the idyllic wildlife park with
domestic animals up to the safari-tour through
a lion preserve, and from the contemplative visit
in the fairy tale country up to the terrific ride
with the Mega Roller Coaster. They offer fun
and maintenance for the whole family.

Pay one entrance fee and enjoy whatever you like.
Okay, you still have to pay for some events,
but most attractions are free after you paid the
entrance fee, which varies from 10 to 30 EUR.

In this 3-part report I will let you know about
our 7 biggest Theme Parks in Germany. In addition, I will
reveal 5 easy steps on how to
save approx. 50% of your valuable “amusement-park-time,” so that
you can visit a lot more attractions.

And before we get started, I recommend visiting www.smart-travel-germany.com/amusement-parks-and-theme-parks.html
to gain further information, and the web addresses of all
parks mentioned here.

It’s the biggest one in Germany and located in
Rust (between Freiburg and Offenburg), in
South Germany. It has extravagantly arranged
European ranges of topics. This facility in the
Black Forest has varied driving attractions,
color-magnificent shows and the “6 land worlds”.
It’s a popular trip goal for visitors from the
whole world. The Amusement Park lies in the 550 years old
facility of the Balthasar castle and is considered
today as one of the most beautiful Theme Parks world-wide.
The park received also different honors.

A to już wiesz?  Jet Lag ž Coping on Arrival at Your Destination

This one is located in Bruehl by Cologne, in the
middle-west of Germany. Heck, I was more than 15 times
in this park. It was built in 1967 as a fairytale
park. Since then, one year hardly passes, in which
the park does not offer new attractions. In 1972
the range of topics old Berlin were inaugurated,
which modelled on the flair of the capital in the
20’s and 30’s. Also the first landmark of the
Phantasialand was developed, the Brandenburg Gate,
on a scale of 1:2. The facility can be characterized
as a large leisure park with many extravagant
arranged ranges of topics, show attractions and
rapid driving offers. One of their roller coasters was even opened by Michael Jackson! (Yes, really!) The best possibility to get an
overview of the park is a trip with the
“Phantasialand Jet”. It’s a Jet which drives in a
height of approx. 10m (33ft) above the ground, and
its way leads nearly across the entire area. I
strongly recommend driving this Jet *before* you
even go onto any other attraction!

This one is just amazing! It’s located in Soltau
in the “Lueneburger Heide”, between Hamburg and
Hannover, in North Germany. It is the largest Amusement Park
of North Germany (850,000 square meters!). It has
more than 50 attractions. The park is scenically,
and its maintained facilities are brilliant. In a
wildlife park you can observe in a nature-left and
kind-fair environment over 200 native animals. These
animals are described as the “real stars of the show”.
By the way, the Heide Park has the biggest wood
roller coaster of the world!

So, that’s it for now! Look forward to the second part
of my 3-part report. In it I will let you know about
the 4 remaining Theme Parks, and about how you can save
approx. 50% of your valuable time in such parks.

Well, I wish you a lot of fun!

Marcus Hochstadt
© Copyright www.smart-travel-germany.com All Rights Reserved
You may use this article in its entirety with the Author Bio and links.

Marcus Hochstadt travels extensively to countries, continents and Germany itself as a sales manager and entrepreneur since more than 14 years. He knows in almost each German city the points of real interest. In his free monthly Special Report at http://www.smart-travel-germany.com/smart-travel-guide.html he reveals more valuable insider tips and travel secrets. 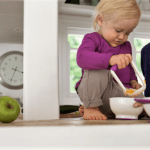 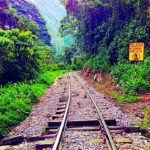 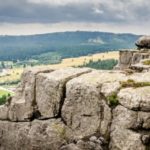 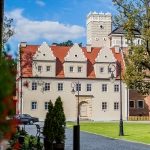 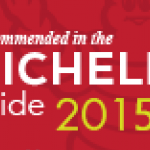 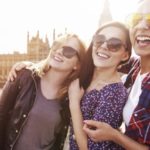 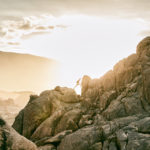 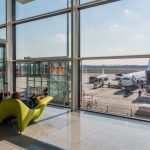 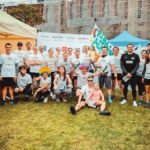 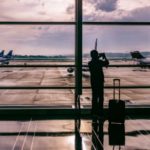